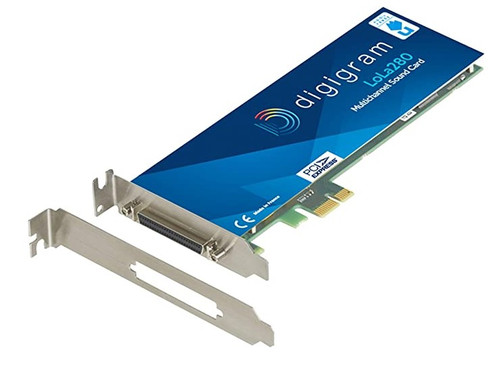 LoLa280 features eight balanced analog inputs and two balanced analog outputs. Thanks to its hardware digital mixer, it allows mixing of inputs before recording from eight mono devices , monitoring of a mix of inputs on the two outputs, and mixing up to 8 playback channels to the two outputs.  This card can can be used with Windows or Linux operating systems, with software applications based on standard driver interfaces such as WDM Kernel streaming, DirectSound,  Wasapi, and ASIO for Windows, and Alsa for Linux.